You’d think a family who became a little bit internet-famous for their ability to accessorize might also be one of those you stare down at the airport terminal schlepping around carts with bags stacked on top of bags, not so in the Bonzi clan’s case. “When we travel, we try to keep it light,” Courtney Bonzi says. “Our family rule of thumb is you’re probably not going to miss it, and you’re DEFINITELY not going to want to lug it around.”

In October 2021, Courtney decided to drop the band she’d been working on since a life-defining trip abroad pre-pandemic—and back when Spark*l Bands was little more than a minor distraction instead of a growing business. “We went to see our oldest who was studying in the Catalonia region of Spain and everything—it was just one of those moments where it all clicked,” Courtney says. “You know when you travel, and it becomes less of a hassle, and you start to feel at home. It’s rare, but that’s what happened there pretty much immediately.”

Surrounded by mountains and extending to the jagged shorelines of the Mediterranean Sea, Catalonia is a multi-faceted lesson in contrast: old-meets-new, ocean-meets-mountains, and rural-meets-urban.

This band is designed with the same buckle as the one bag I had on the trip. It reminds me that even though we were sad to leave one spot, I’d strap up and be ready for the next.

The marquee city is Barcelona, with a medieval quarter juxtaposed with modernist architecture and an urban center that ties it all together: alive and—humming with activity nearly twenty-four hours a day.

And while city life suits them, the Bonzi clan found respite in other vibrant if not slightly less-traveled locales like Girona, built atop the Força Vella, and Tarragona, where Roman tombs and the remains of the Forum are the undercurrents that define the seaside town.

The family also enjoyed extensive travels through the countryside with its rolling hills dotted with farmsteads and wineries, and small coastal villages where travelers could settle into an altogether slower pace of life with little to no effort.

“It’s a special region. I think anyone who’s ever visited can attest to that,” Courtney says. “I kept a journal, and I’m so glad I did. I look back, and sometimes I go, ‘Was that even real?’”

Each place is more incredible than the last. It was a good lesson on how to enjoy the present and keep moving.

From the Hotel Abat Cisneros, housed in an old monastery building that served as a pilgrims’ host since the middle of the 16th century, to the La Grania resort tucked in the hills above San Antonio near a small community of villas called Buscastell and featuring a mezcal bar, rows of fruits and vegetables which provides sustenance for the farm table dinners, and a pool that connoted the best in Riviera-style luxury, there was, indeed, a stop for every one.

“Sevilla is Catalan for buckle,” Courtney says. “This band is designed with the same buckle as the one bag I had on the trip. It reminds me that even though we were sad to leave one spot, I’d strap up and be ready for the next. Each place is more incredible than the last. It was a good lesson on how to enjoy the present and keep moving.

“One I brought home with me.”

« Get to Know: Ezmia Bascom

Get to Know: Shawna Ramlow » 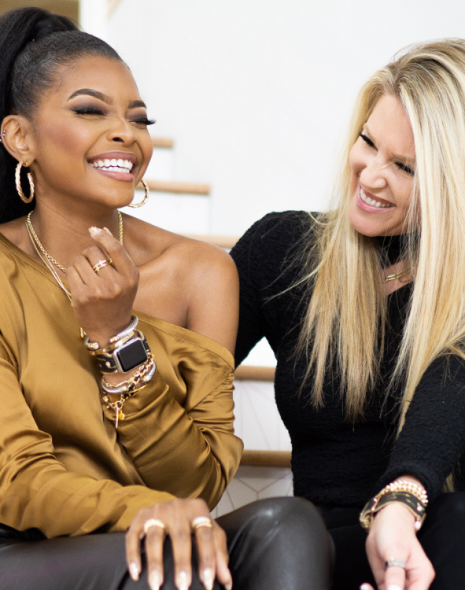 Get to Know: Jasmine Murray